A collection of 5 posts 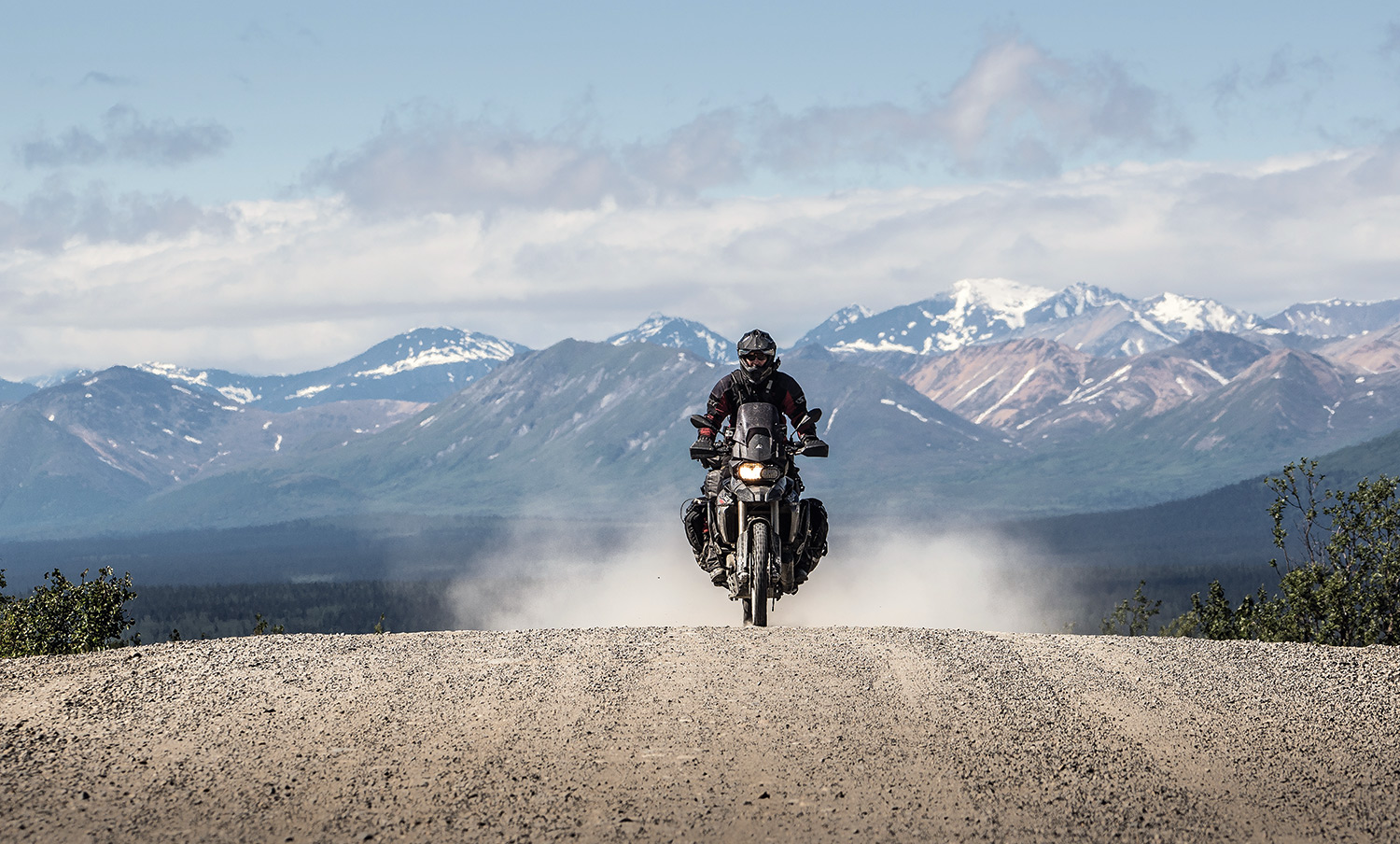 Skirting northeasterly around Denali National Park, I was hit with countless chevrons of snow-capped mountains in Interior Alaska. It was a sweet spot that seemed like the very acme of Alaskan wilderness allure. For us, it was the final frontier—the beginning of the end of a four-and-a-half-year road trip. 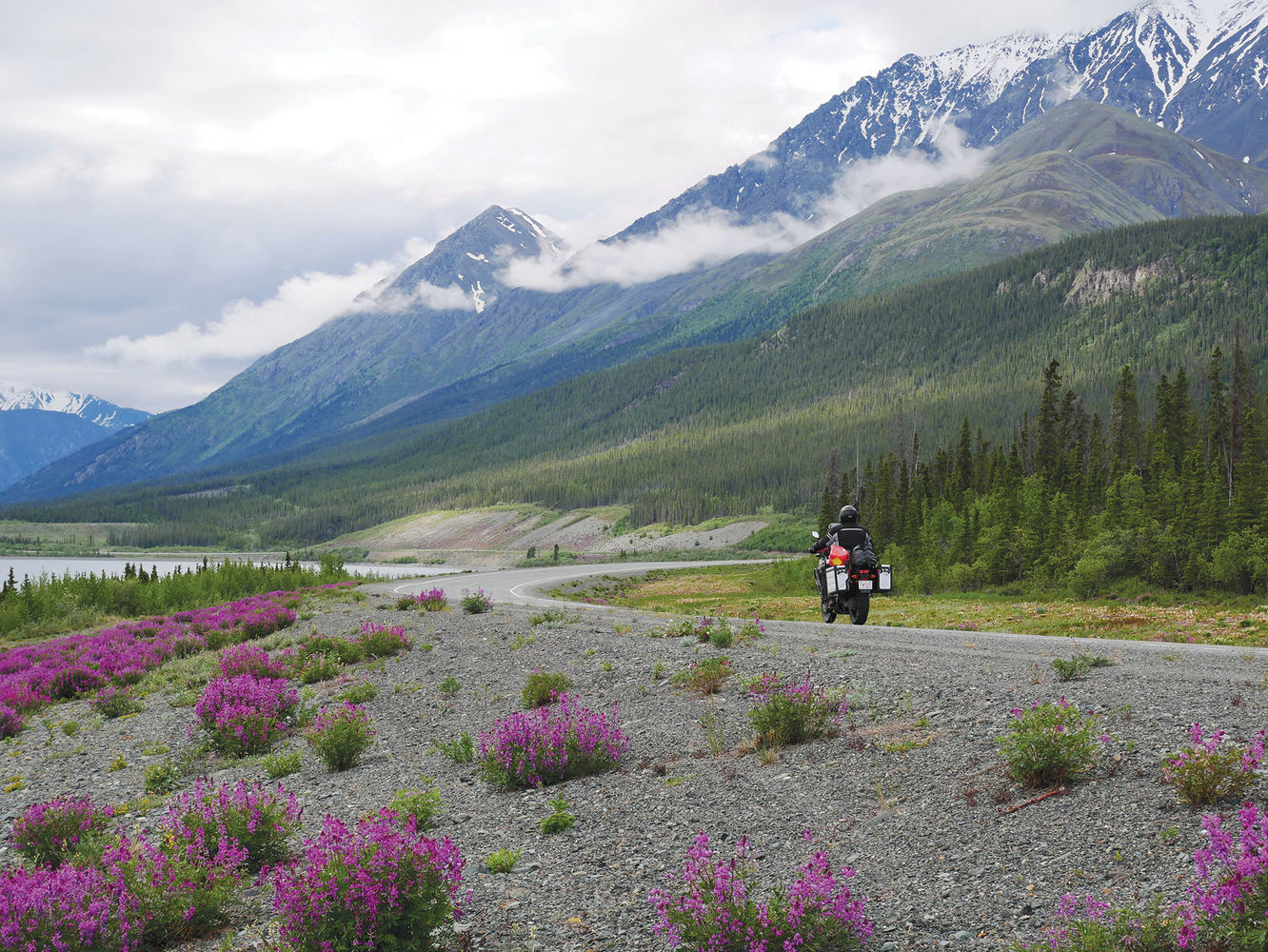 “Somebody will pick you up at the airport and drive you to where the bike is, about 30 kilometers outside of town. Bring cash.” Those were more or less my instructions for a loaner bike I somehow found by pure luck, combined with a healthy dose of trust. I’m 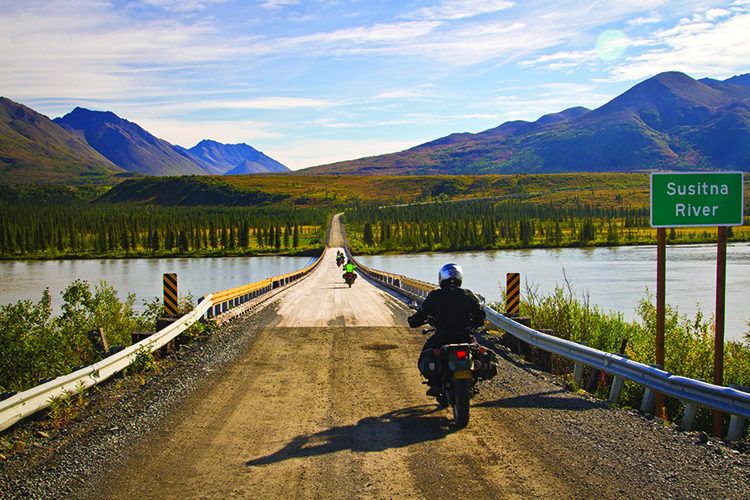 There's nothing like a good midlife crisis: chuck it all, curvy Porsche and a blonde at your side as you mash the throttle and hit triple-digit speeds. Then again, some time on an adventure bike and sleeping next to bears seems like a great escape, too.Maybe crisis is the 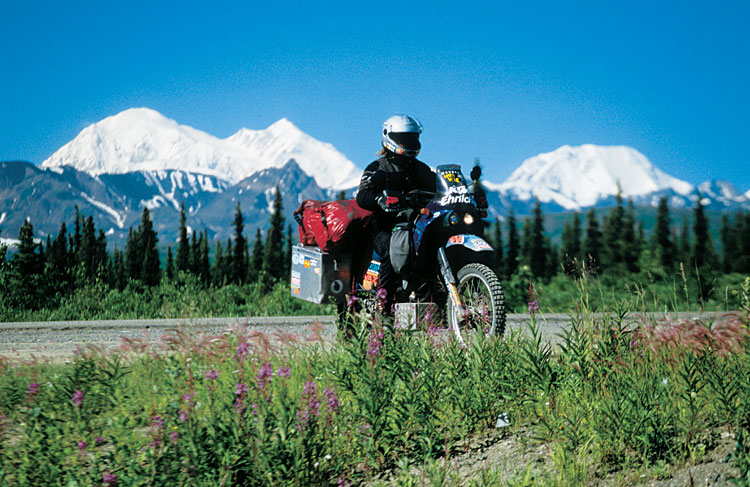 The sign is in bold black letters, and reads: "Stop. Authorized vehicles only." So we stop. We are in an Indian reservation called Mentasta Lake. Riding on the Alaska Highway from the Canadian border, we were heading southwest from the town of Tok on Hwy 1 until we came across 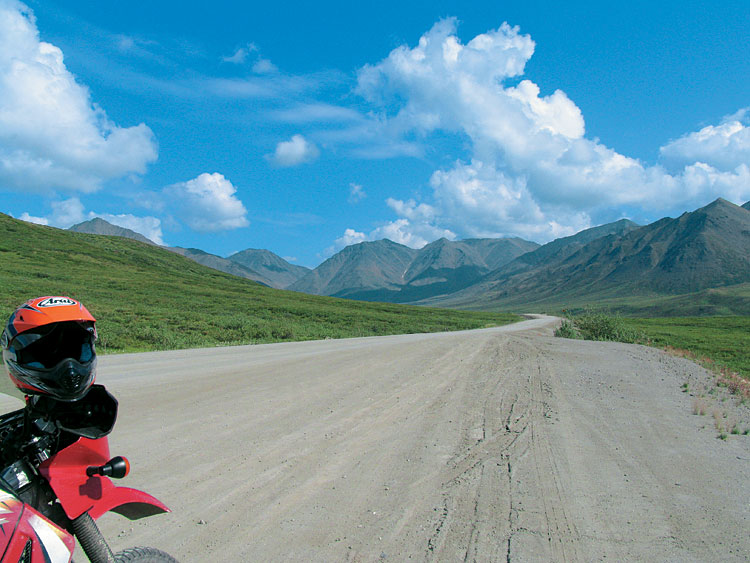 Tired, I stumbled into the airplane. Heading for Seattle on a BMW K 1200 GT, I had left Spokane at five o'clock in the morning. Four hours later, I spotted the city skyline, made for the airport and eventually fell into my seat totally worn out. Only a buzz of