A collection of 34 posts 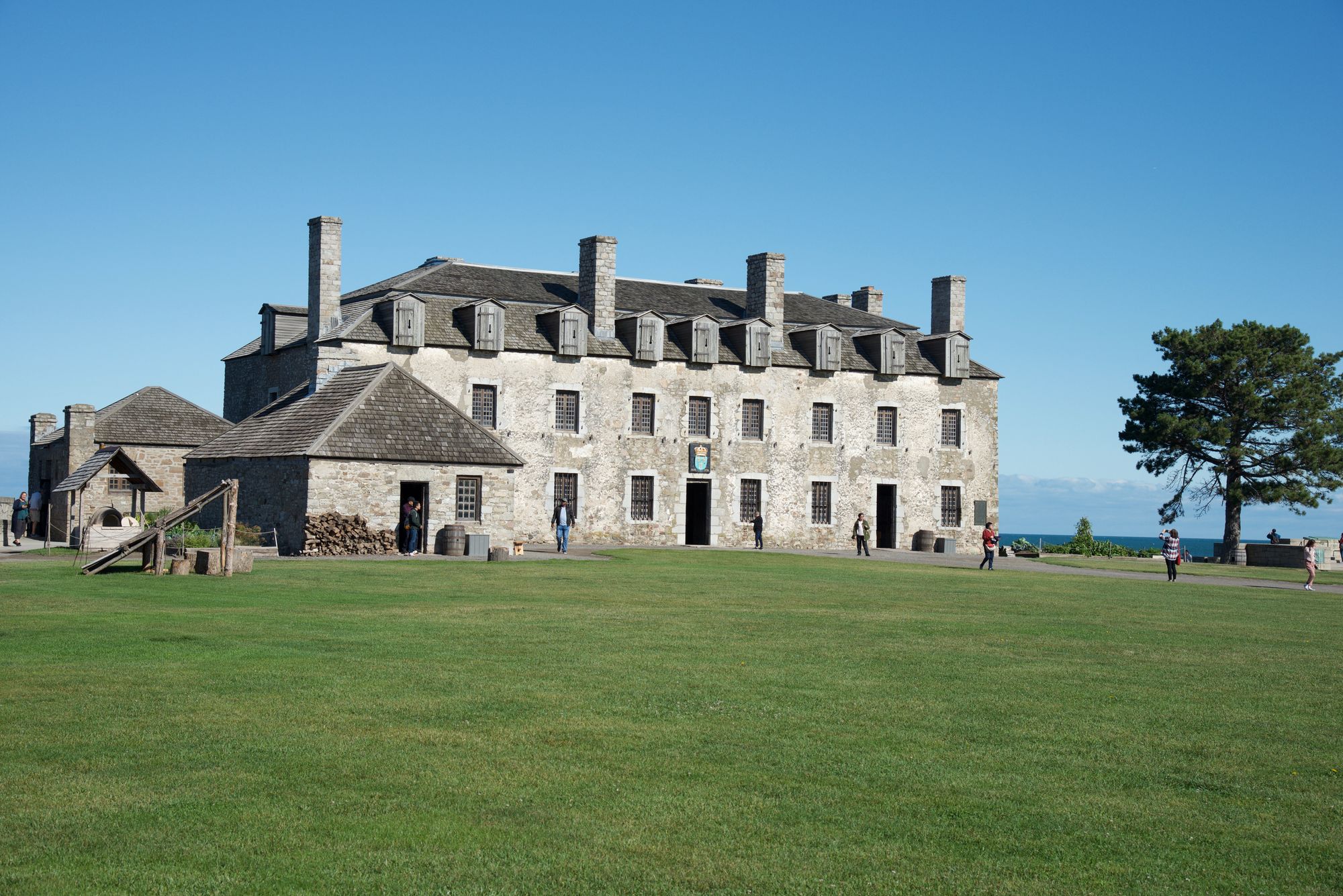 The flags of three different nations have flown over Old Fort Niagara—France, England, and the U.S. over more than 300 years. Located at the mouth of the Niagara River and Lake Ontario, Fort Conti was a preliminary fortification established here by the French in 1679. A permanent French 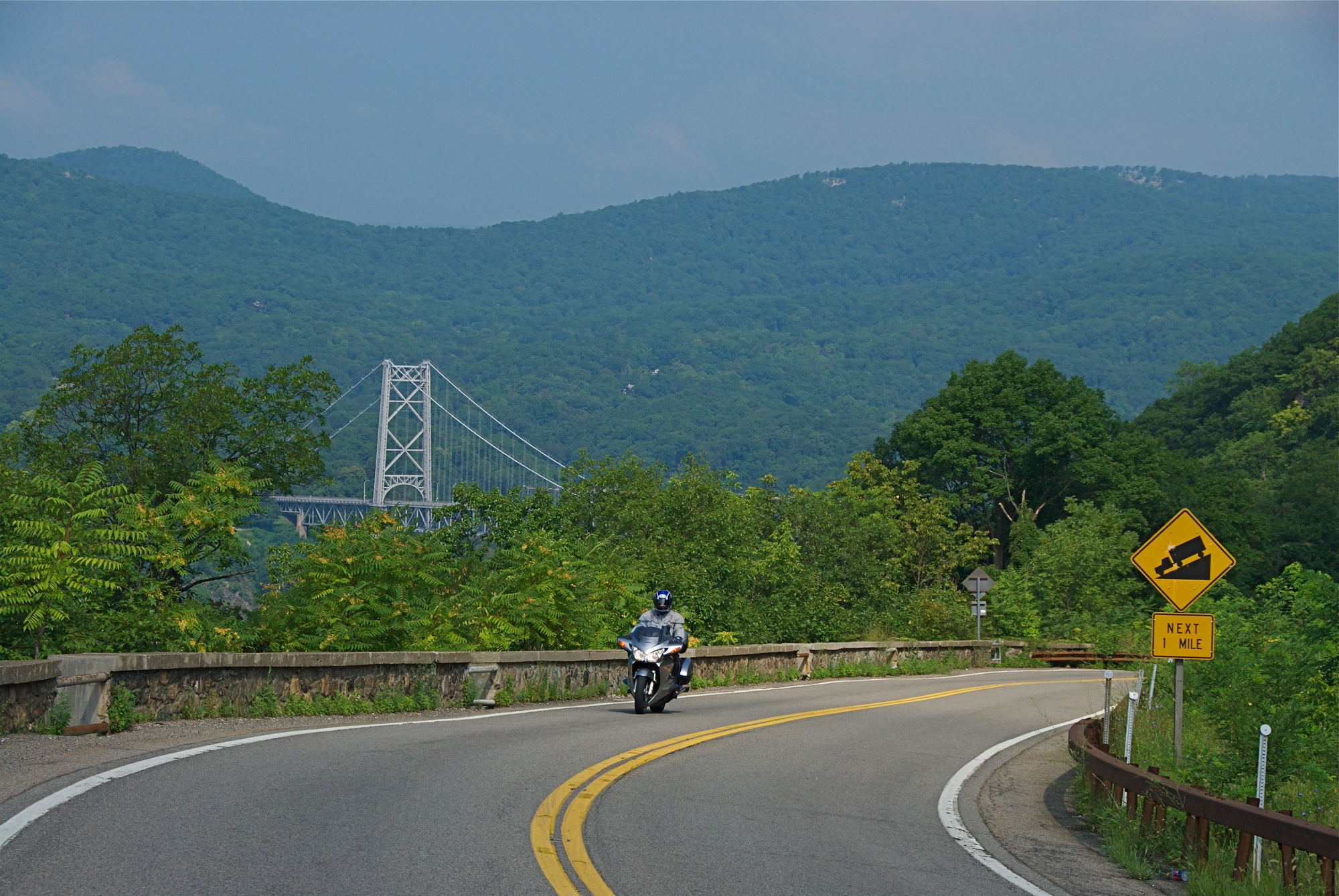 The Hudson River Valley is a place of natural beauty, which was the scenic inspiration for the first American landscape painters. The valley also contains the historic presidential homes, a Vanderbilt mansion from America’s Gilded Age, Revolutionary War battlefields, the U.S. Military Academy at West Point, stunning mountain 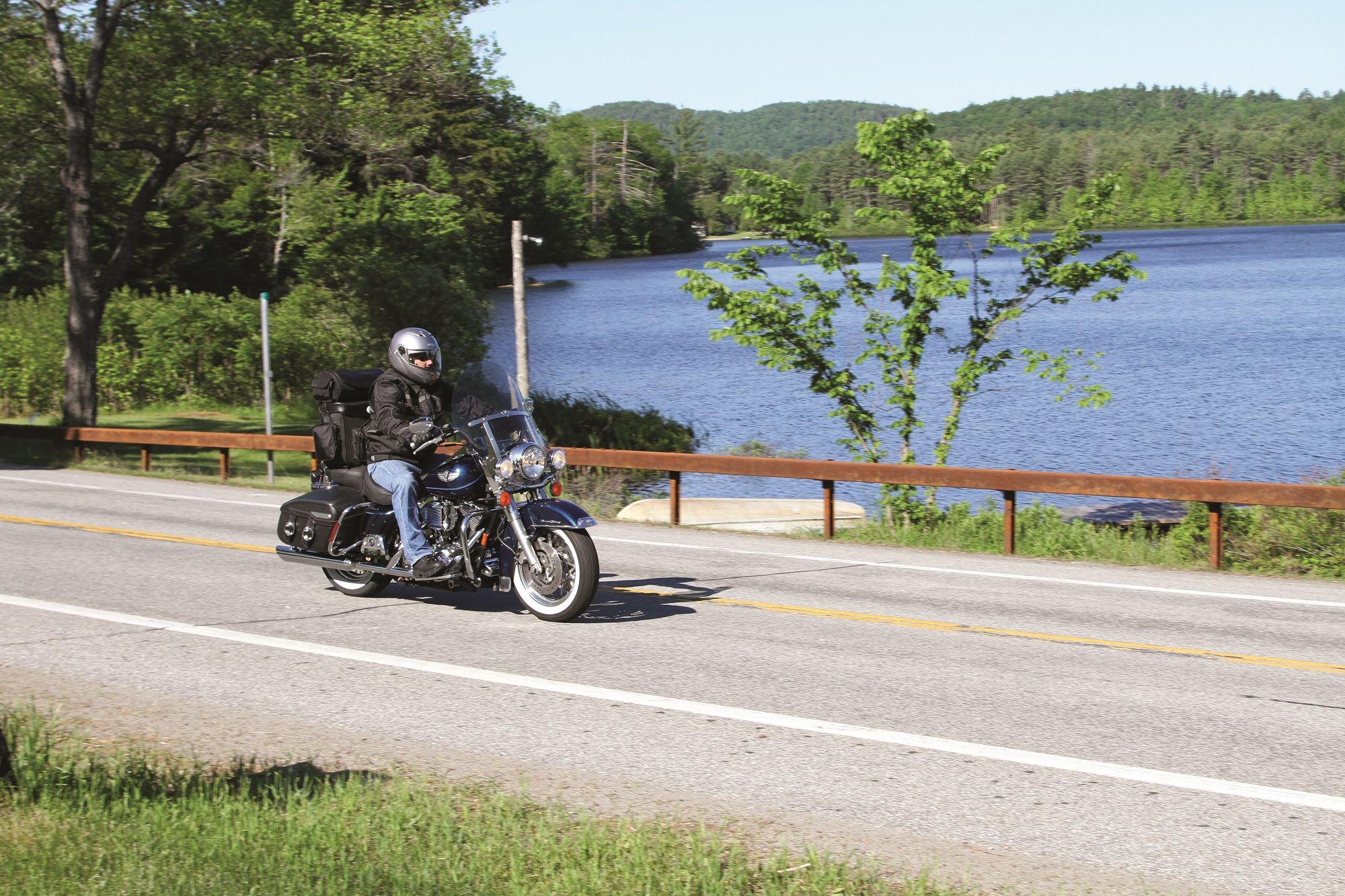 The boundaries of the Adirondack Mountains in upstate New York correspond generally with those of Adirondack State Park. Because they form a separate circular dome, instead of a mountain ridge, the Adirondacks are considered geologically separate from the Appalachians and other mountain systems. The mountains’ billion-year-old rocks were uplifted some

This epic roundtrip of the historic Delaware River begins and ends at Washington Crossing Historic Park. As depicted in the famous painting by German-American artist Emanuel Leutze, this is where General George Washington led his Revolutionary War soldiers across the Delaware River on that fateful Christmas Day night. Historic sites 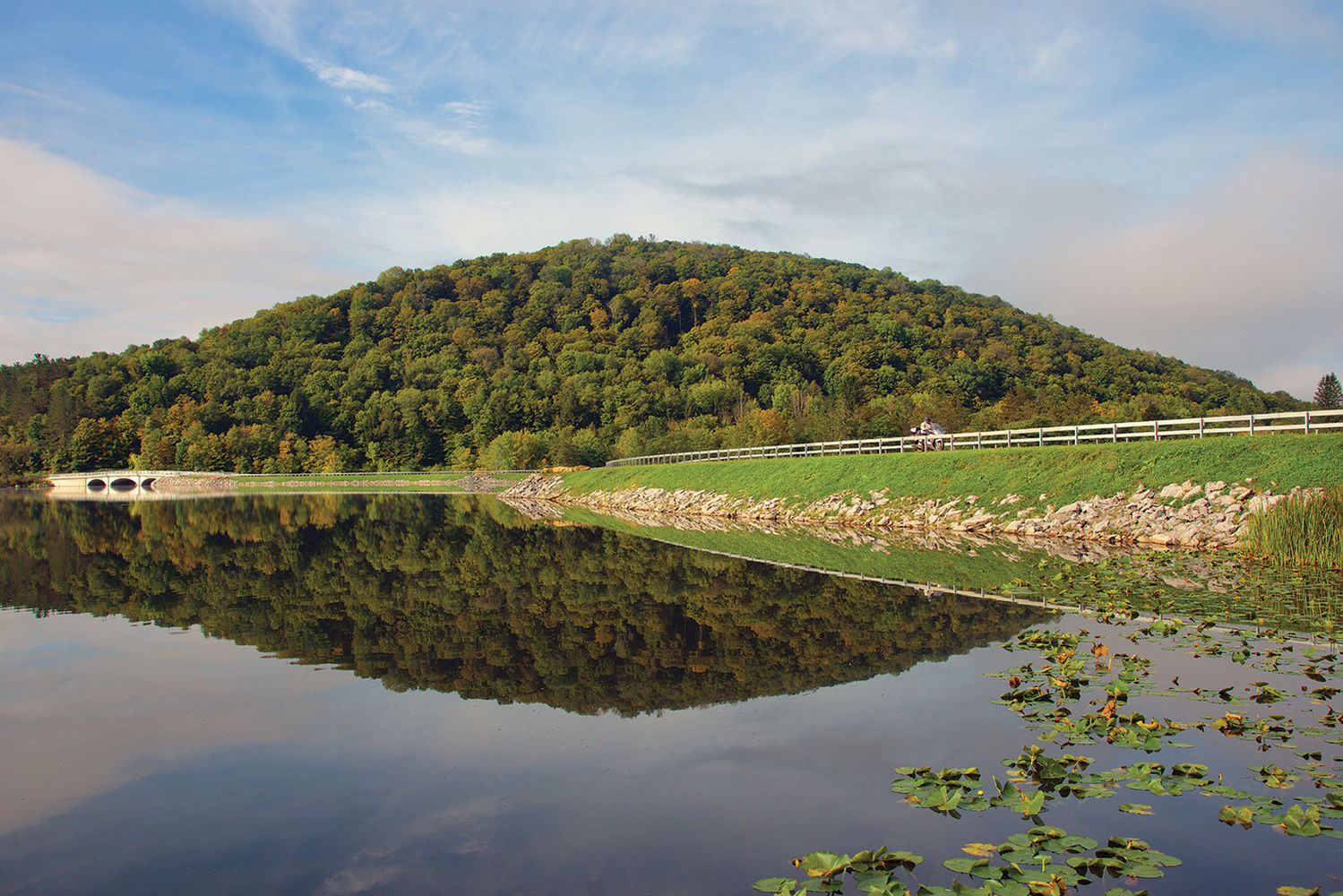 Jeff Arpin and I continue exploring the western environs of New York and Pennsylvania by following the water. Preparing to depart Cataract City (aka Niagara Falls, NY), the fall weather is invigorating. Sunshine reflecting off the Niagara River presents a dazzling array of sparkling jewels. Road construction, however, causes us 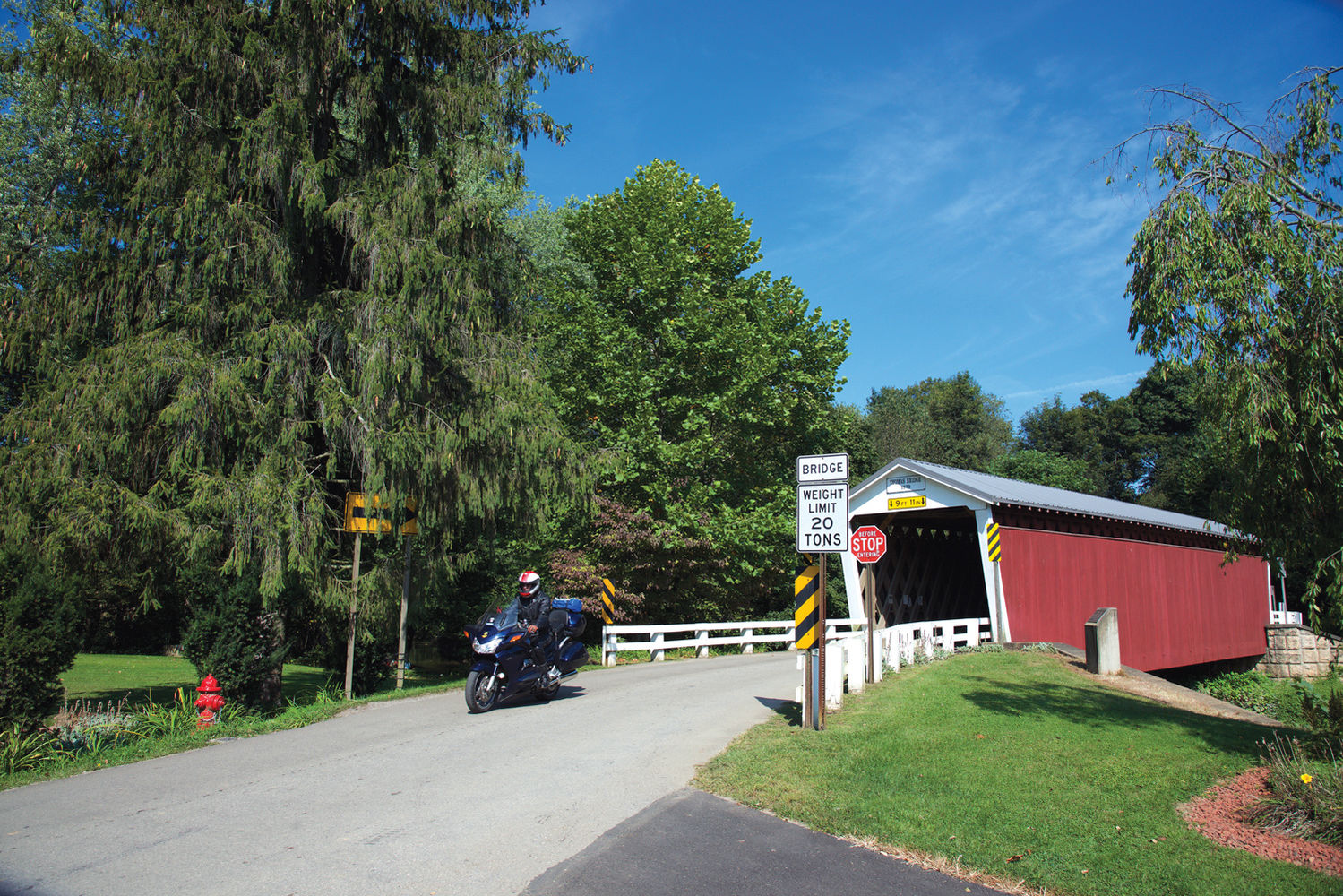 Science tells us that around 55% to 60% of the human body is composed of water. In that vein, marine biologist Wallace J. Nicholas has noted that: “We are beginning to learn that our brains are hardwired to react positively to water and that being near it can calm and 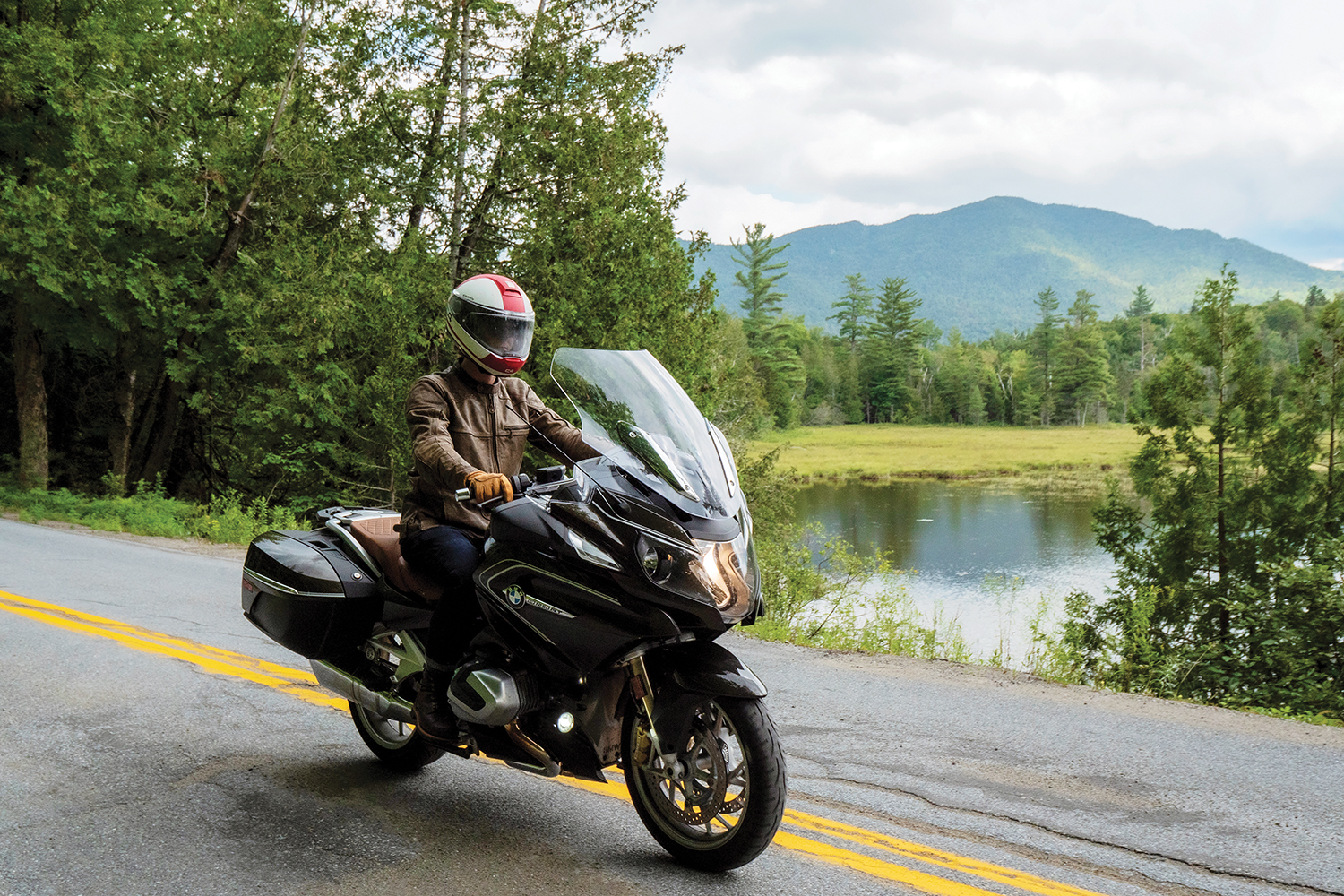 Moody morning fog shrouds the woods around Fort Ticonderoga, but by the time Cameron and I climb the short, steep hill up to Mount Defiance, the August sun has burned away the morning mist. We have a clear eastward view across narrow Lake Champlain to Vermont and the Green Mountains.

Escape from the busy and noisy Big Apple metropolis into the picturesque, relaxing farmlands and forests of northern New Jersey. Experience beautiful mirror lakes and running streams in the unspoiled wilderness. Small, rustic towns and villages will take you back 100 years. View the majestic Buttermilk Falls and ride the 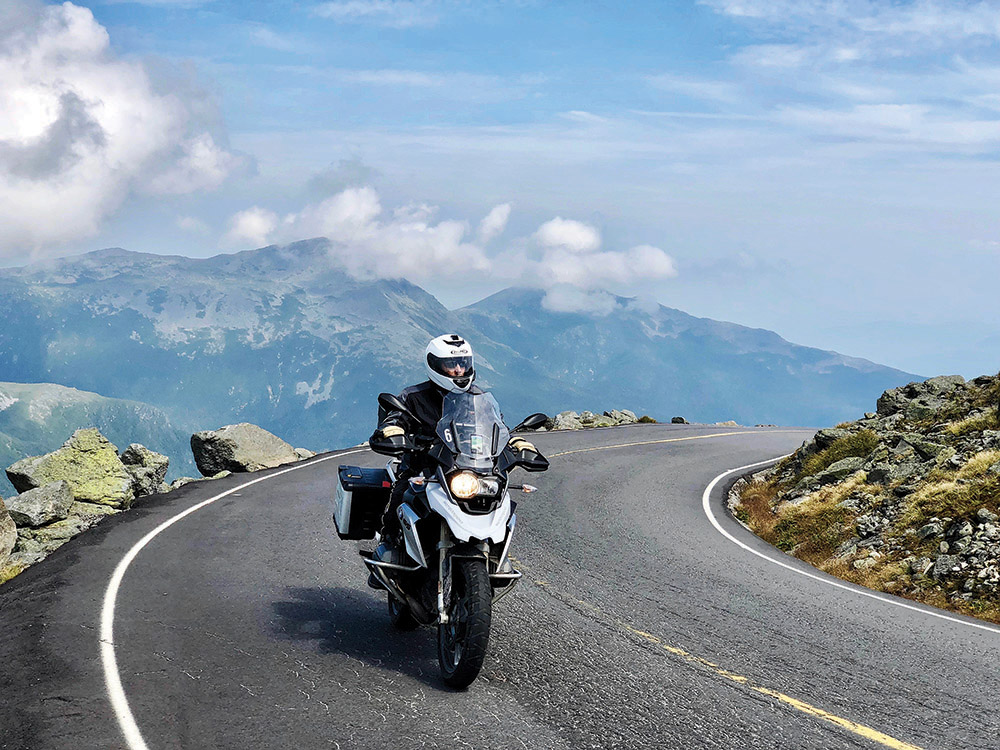 We’re passing through Bloomfield, VT, when we stop at the country store for a cold drink. A clearly exasperated farmer named Bob is at the counter, prattling on about the “Moose Fest,” a fair and classic car gathering in the town of Canaan, 20 miles north. (It also happens 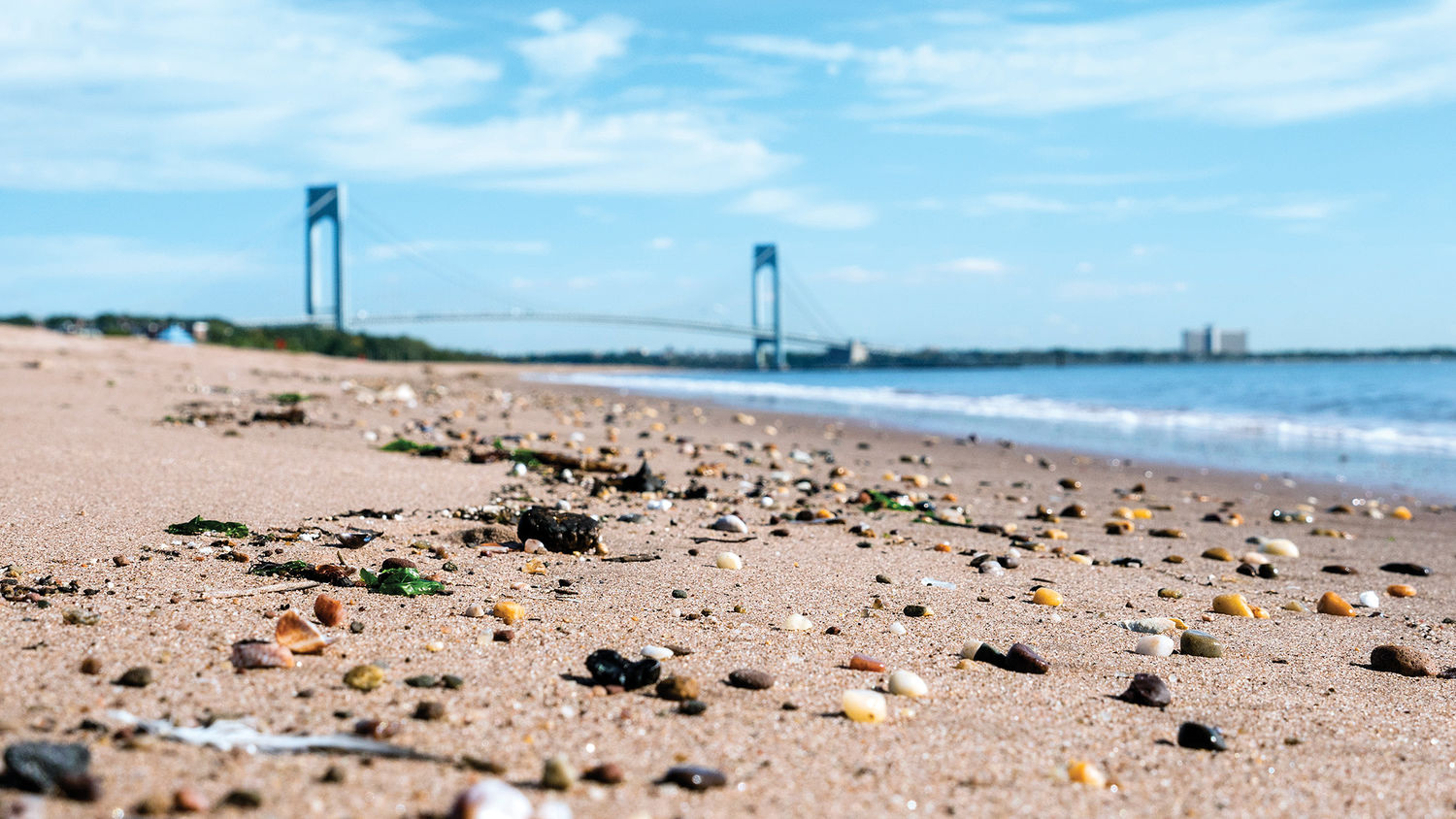 New York City is the original melting pot. Generation after generation of immigrants from all over the world have come here to settle in neighborhoods in one of the five distinctive boroughs and make this place their own. A motorcycle is one of the best ways to unlock The City’ 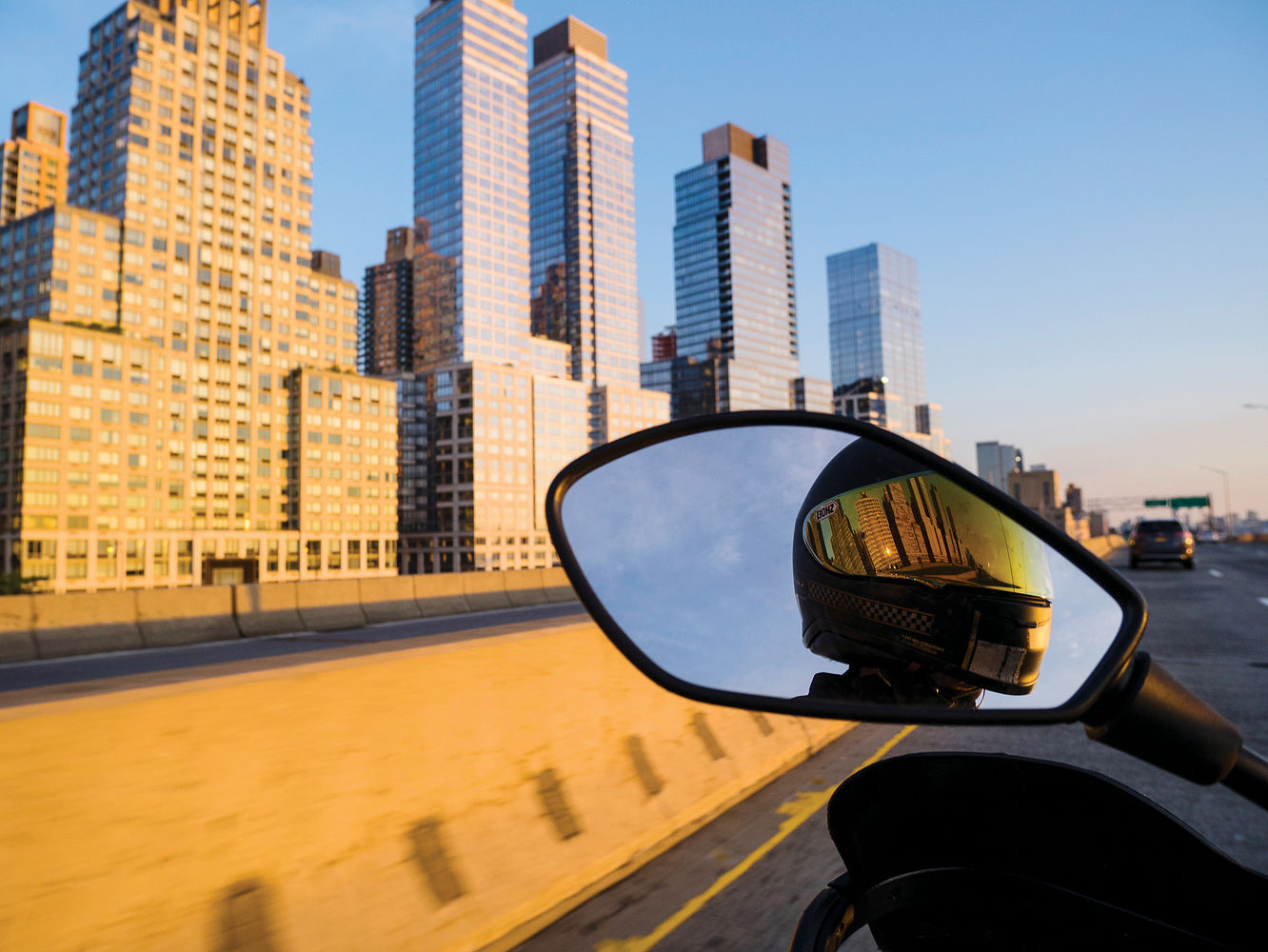 The home stretch. With the mountains and deserts and most of the country at his back, riding from Chicago to New York City should have been the easiest part of the trip for Wyman. It wasn’t.Against all odds, George A Wyman had crossed the Sierra Nevada, the Great 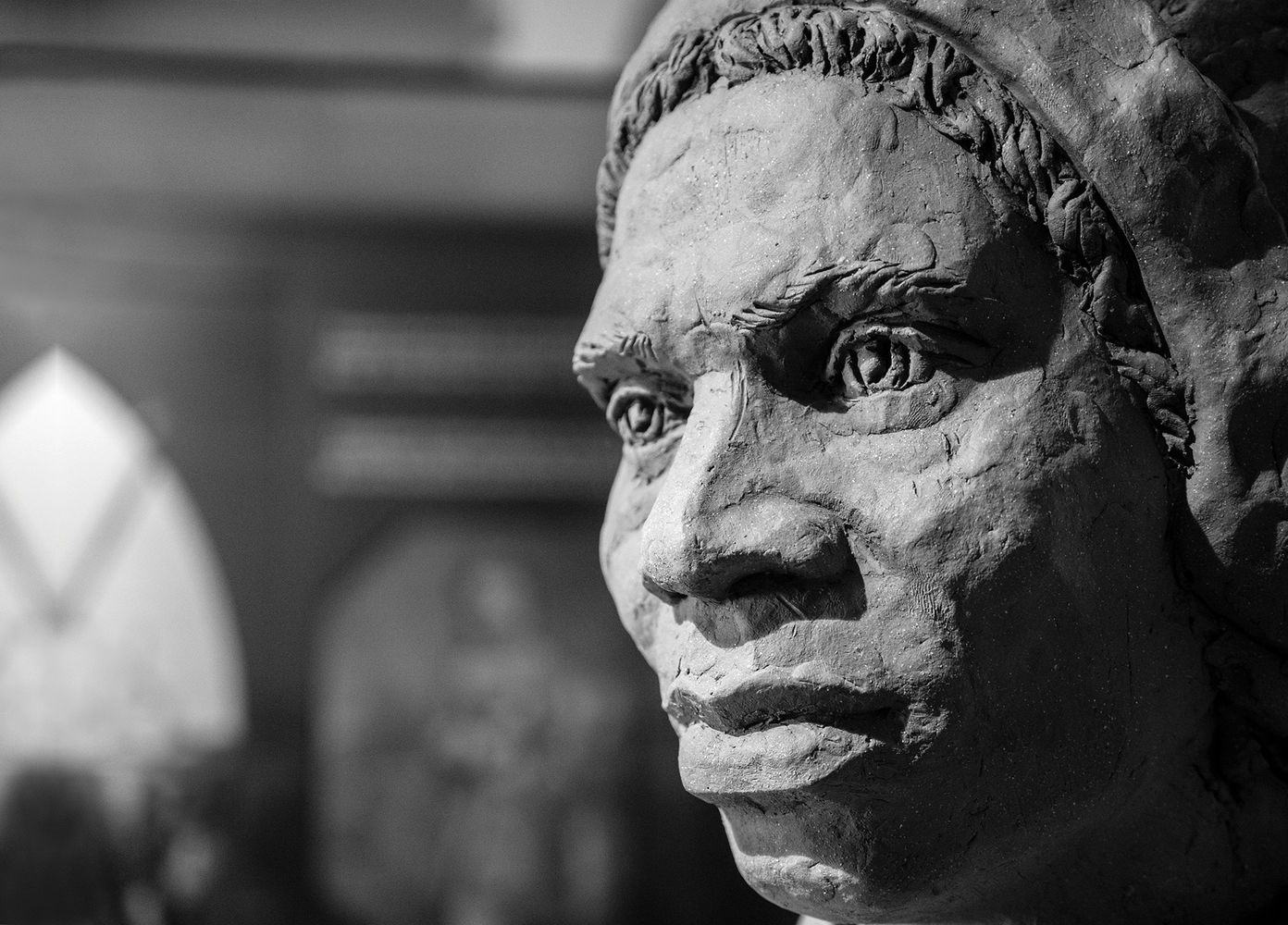 Peel back the thin veneer of modern life and you will find layers and layersof history, stories of struggle and conquest, innovation and revolution. Turn your motorcycle into a time machine and immerse yourself in the past.Fun fact: there are more museums, historic sites, and historical societies in the 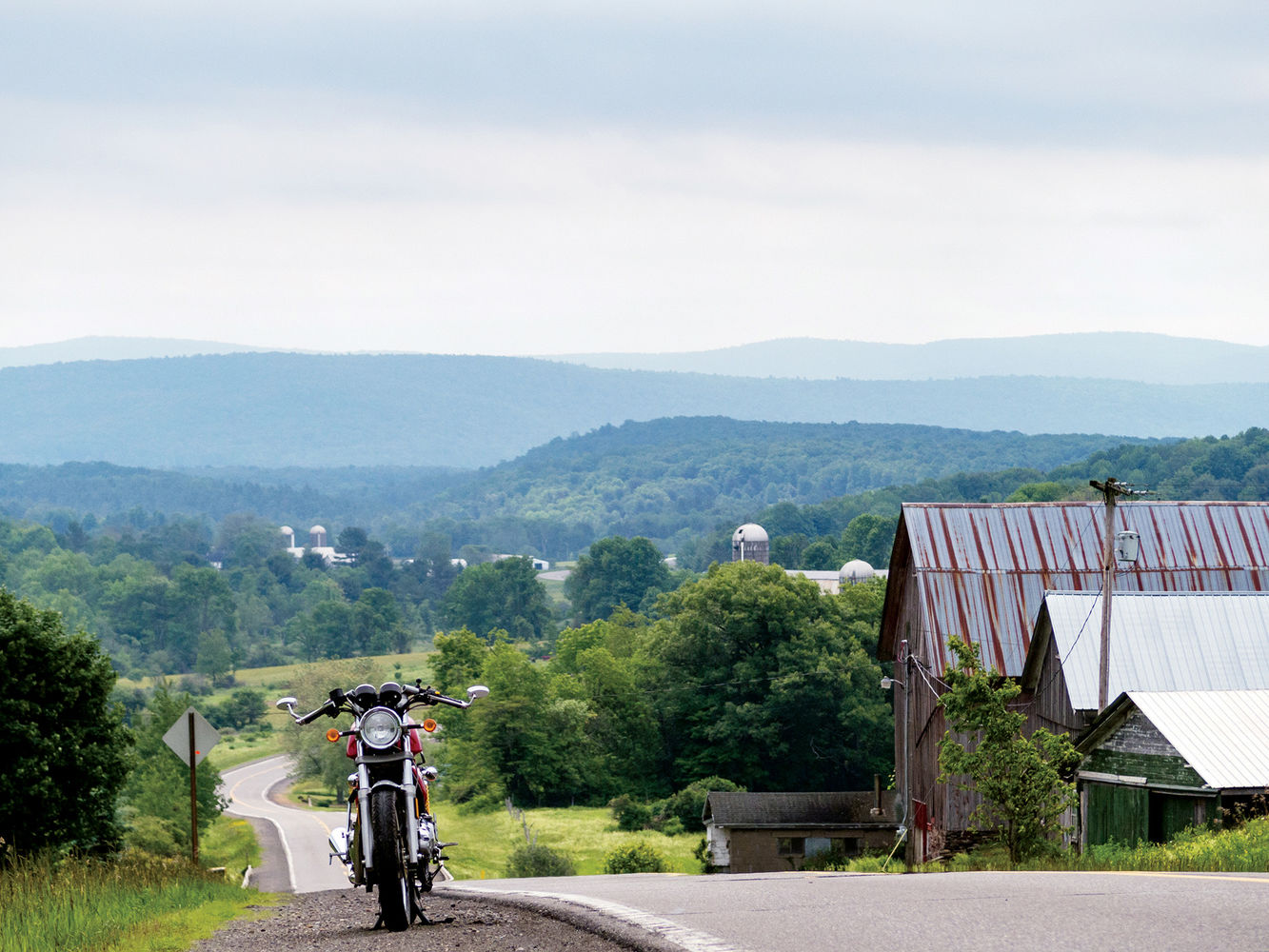 Escape the city’s hustle and bustle into New Jersey’s backcountry. It’s not nicknamed the Garden State for nothing! Ride through beautiful farmland, forests, and past too many lakes to count. Crossing the Delaware River, this route pokes into Pennsylvania and New York countryside.LengthApproximately 160 miles Meet-up 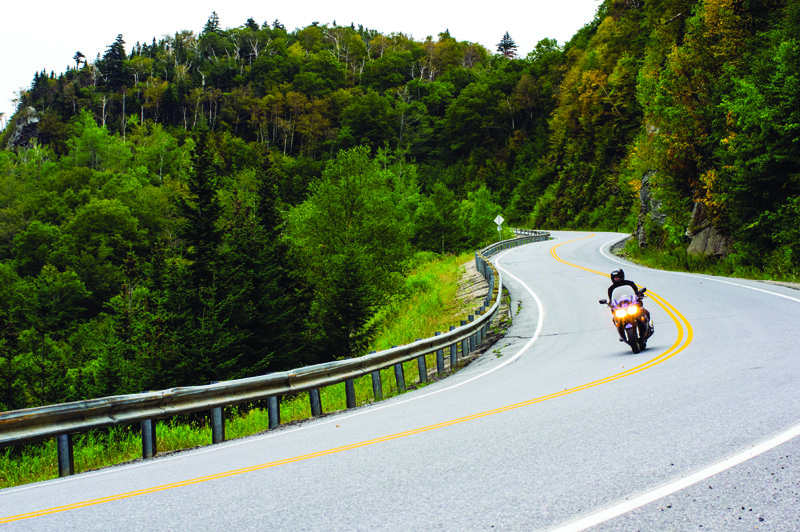 Northern Vermont offers a variety of riding, from twisty mountain passes and remote winding roads to scenic farmland. New York’s Adirondacks are nearby, offering even more to explore.BristolIt’s early September and the morning fog clings to the still, lush trees in Bristol, VT, a blink-and-you’ve-missed-it kind 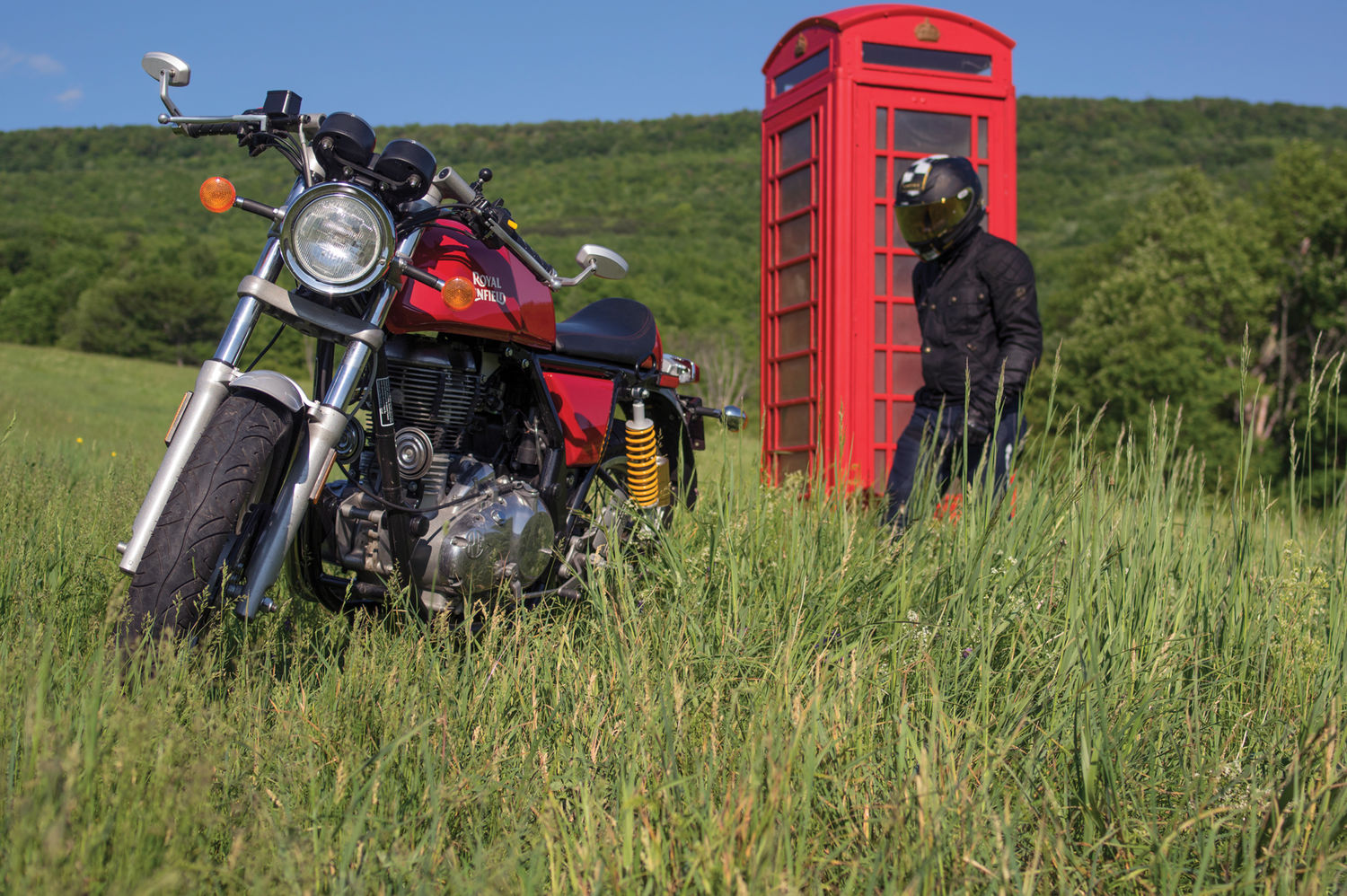 A short ride turns into a big adventure and poses a big question, “Can a Royal Enfield take you back in time?”The midday sun pokes through the canopy of leaves and warms my face. I hear a distant voice. “Wake up.” I’m in a deep slumber, swimming in 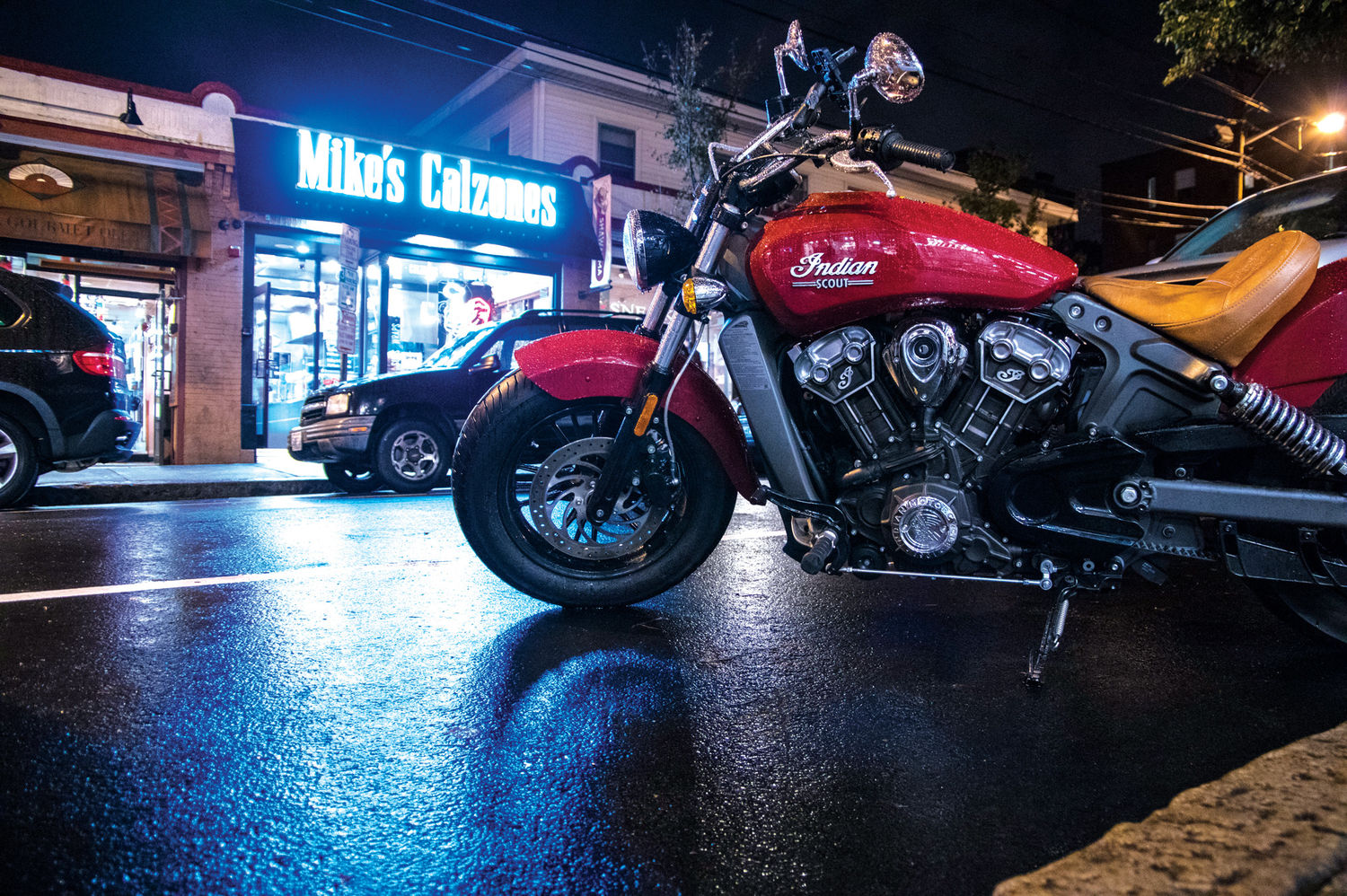 Pizza is the United Nations of food, the one dining option that a group of hungry riders can readily agree upon. Burger joints are for carnivores; salad bars are for rabbits. But pizza, ubiquitous pizza, can be customized for nearly everyone.Chew on this for a second—on any given 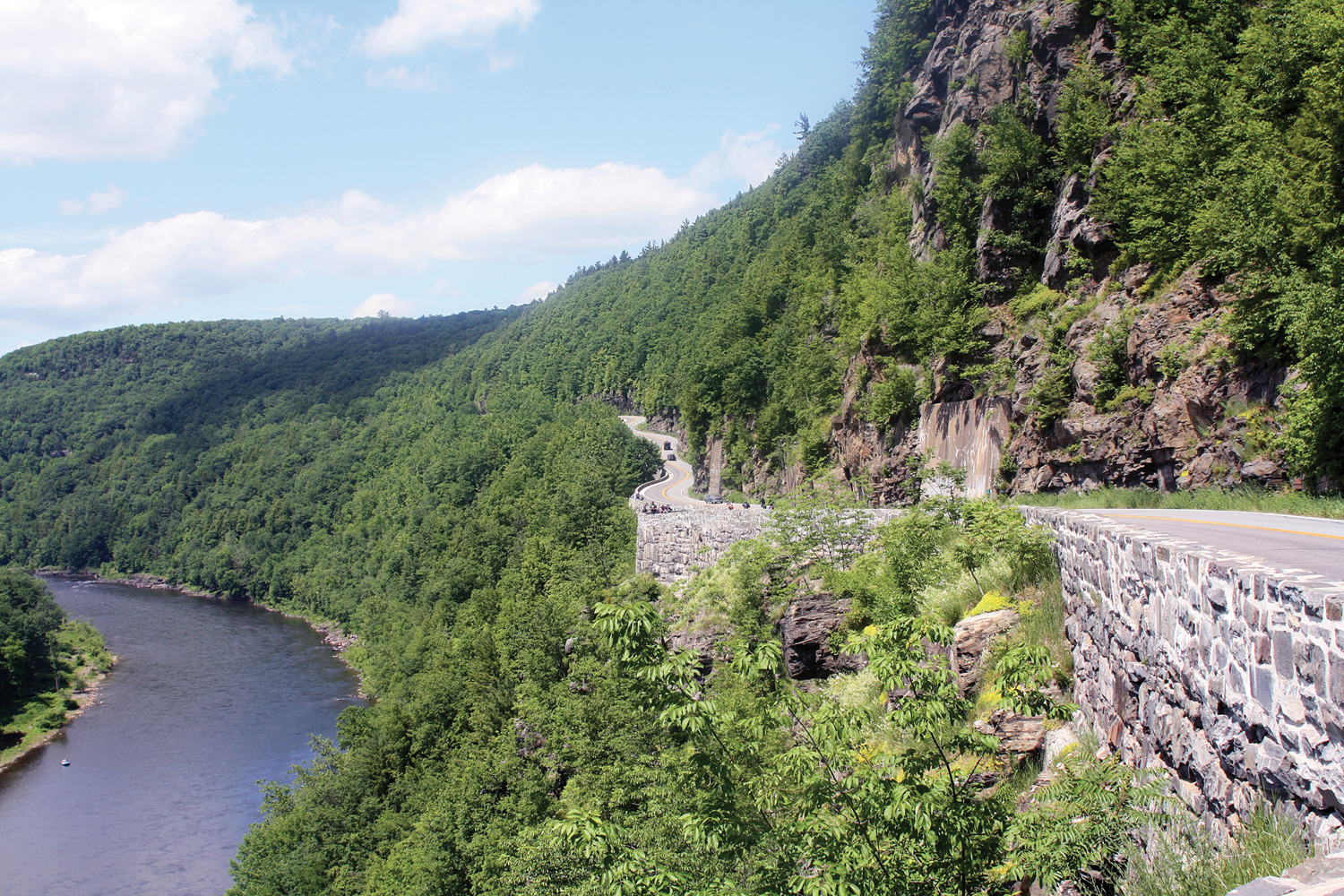 “If you wish to go fast, go alone. If you wish to go far, go together.” – African proverbOur four-day journey up the Delaware River to its source begins on the hottest day of the year. It is near 90 degrees as my girlfriend, Cori, and I pack “Big Red” (my 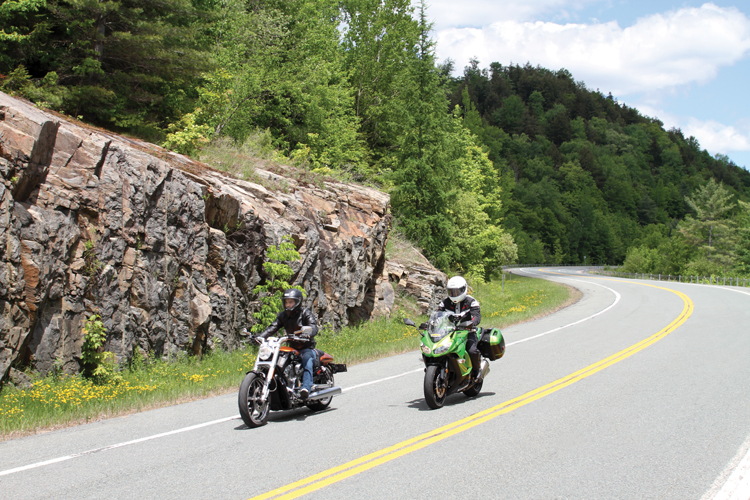 “The Neuhauser gang is on the road again.” I’m almost certain that’s how my dad would have started this tour article. The last time we were on a family tour it was 2003, and it was four of us. Now more than ten years later and only three 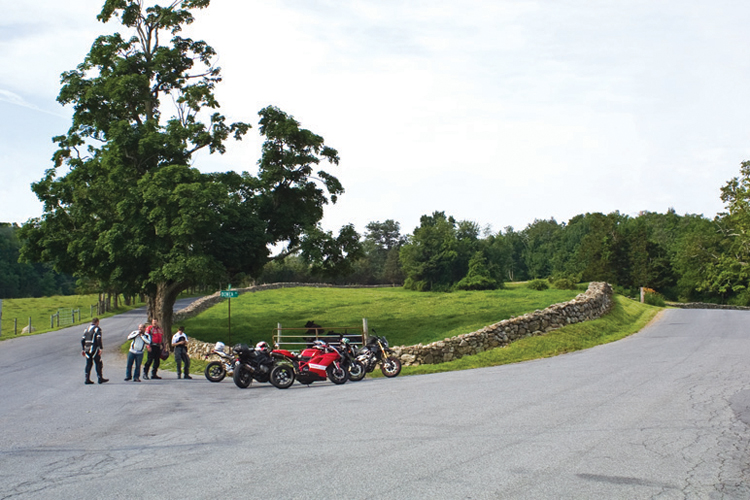 Curve-addicts from New York City can satisfy their cravings on the plethora of motorcycle roads around the lakes in the surrounding areas and through the rolling terrain in Harriman State Park, NY. This tour is best after the first rain in the spring washes away the salt and gravel and 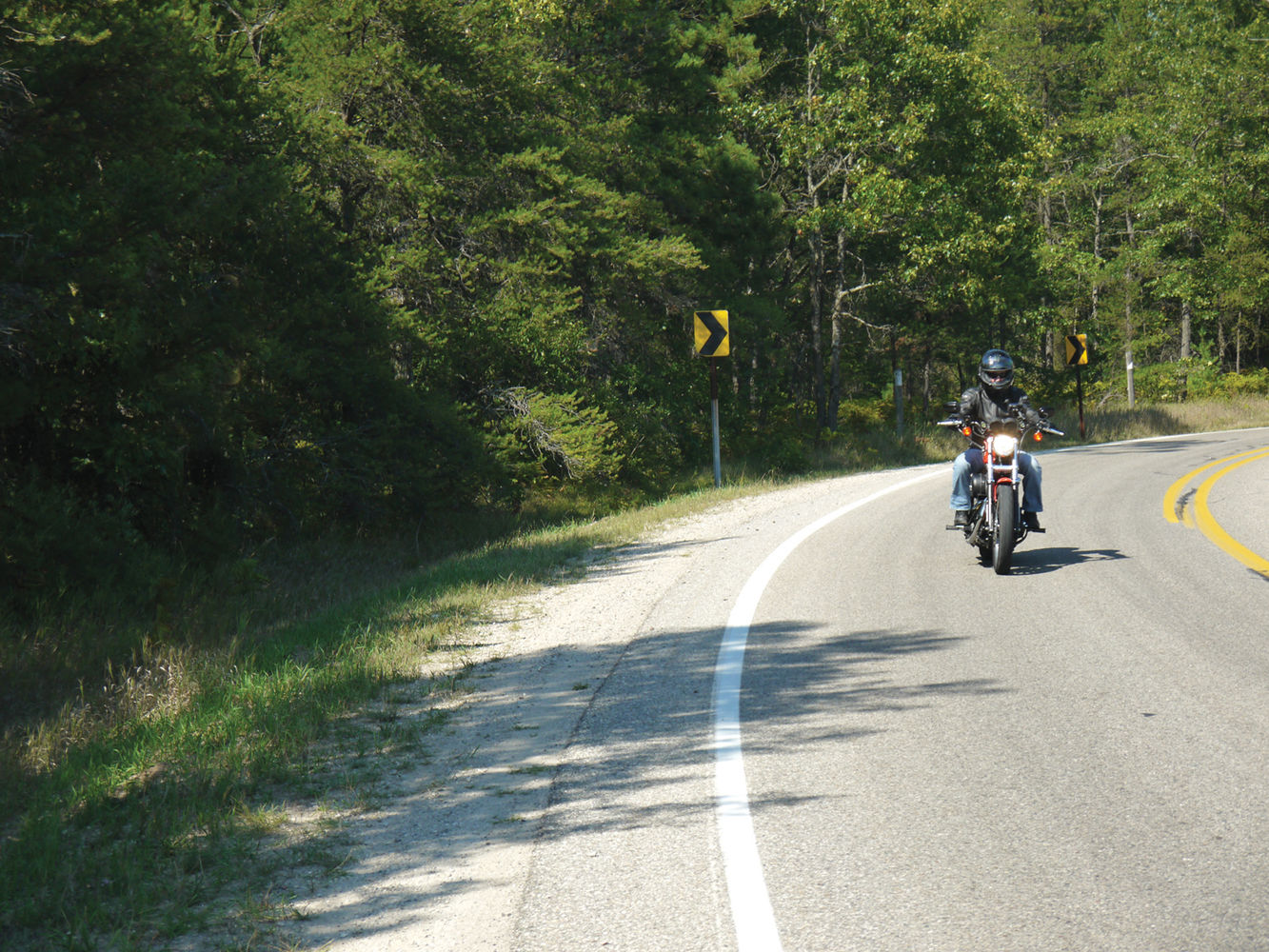 Detroit. The name alone conjures up images of cars rolling off assembly lines, factories belching smoke, Henry Ford, General Motors, and Chrysler. In a word, industry.First settled in 1701, Detroit (aka: Motor City) is one of the oldest metropolitan areas in the Midwest. Along with holding responsibility for the 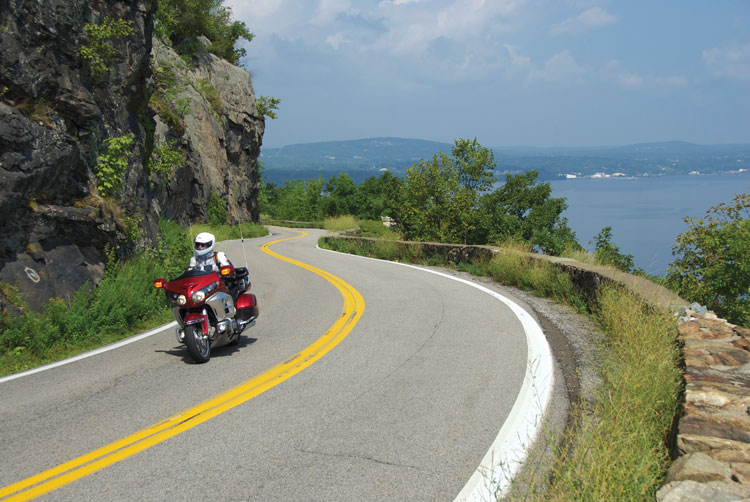 “Some folks like to get away. Take a holiday from the neighborhood. Hop a flight to Miami Beach or to Hollywood. But I’m taking a Greyhound on the Hudson River Line. I’m in a New York state of mind.” From the song “New York State of Mind” by 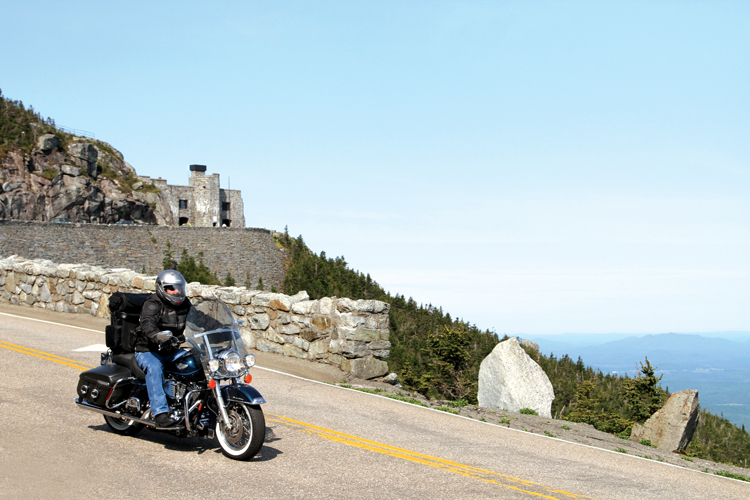 A mecca of sorts for motorcycle touring believers, the Americade in Lake George, NY, draws riders from throughout the U.S. and Canada to make this epic journey each June. For six days, heaven on two-wheels ensues, as countless tours, demo rides, vendors, and camaraderie fill the Adirondack Park. Ken 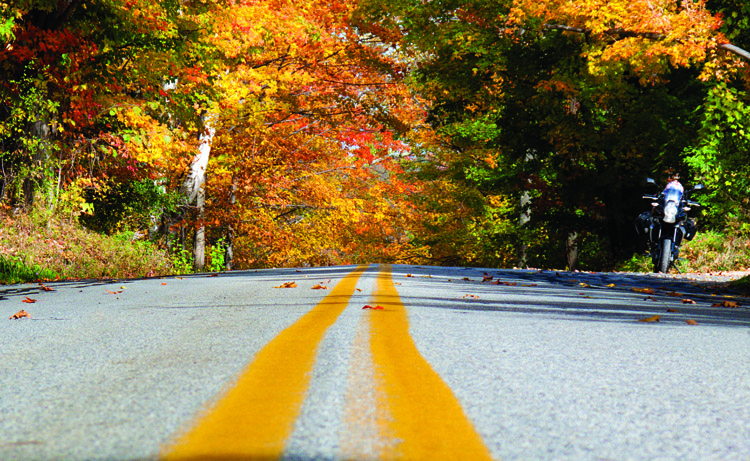 "Long ago, the Great Bear wandered freely throughout the sky. His massive paws took him far across the unlimited ceiling of the world. He hunted and fished, finding food there in the many rivers of the sky. All throughout the first spring he did this, until his belly was full 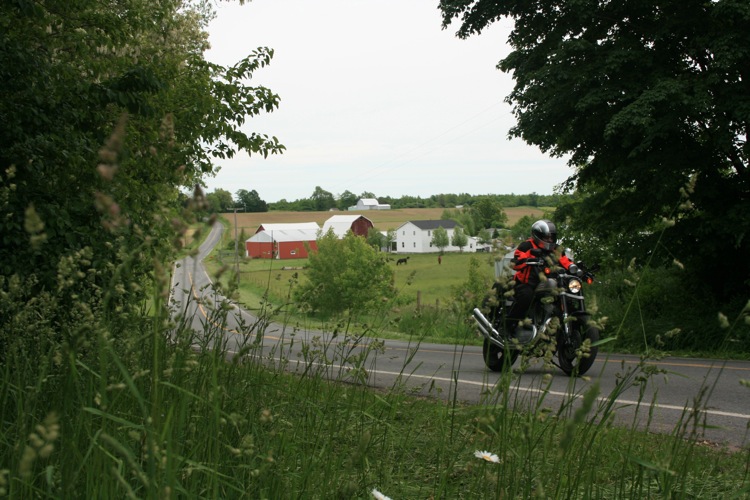 According to scientists, the story of the Finger Lakes began in the Pleistocene epoch. Glaciers, some more than two-miles thick, crawled southward from what is now Hudson Bay, then retreated, and did it all again, several times. Over the course of their journeys, they gouged, tore, and plowed huge trenches 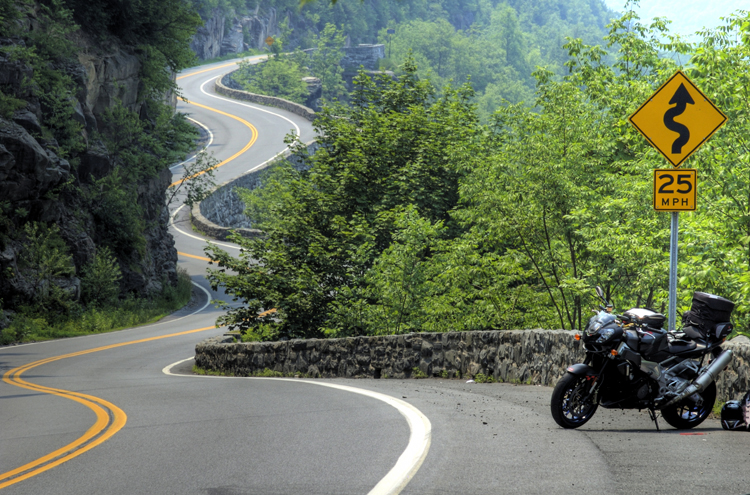 Angry clouds unleash a summer storm worthy of the evening news, toppling power lines and causing flash floods. I'm on an Aprilia Tuono (Italian for thunder, ironically), protected by a gas station canopy in Masonville, New York. I'm not alone though, as other riders have sought shelter here in the