Even in pleasant southern California, some of the best roads close for the winter. That’s because they’re foolish, whimsical ribbons that we would never build today. More than 80 years after the invention of the American superhighway, our mountain roads make no sense. They connect small tourist villages and vacant campgrounds with the suncooked megalopolises below.

At first, they’re thick and well-paved. They keep up this dignified act in the foothills as they weave through tracts of stucco and Spanish tile roofs. But then they ascend haphazardly, hugging canyon walls, ridgelines, and long-lost game paths. Sometimes they start their climb in coastal haze, then crest and descend into desert smog. More often than not, they peter out at a dusty dead end.

They’re not the most trafficked or efficient roads, nor do they do the best job of moving goods and people between their destinations. You’ll seldom see them plied by a UPS truck, and overland freight haulers would be loath to negotiate their steeply banked corners. Judged by the numbers, our best roads don’t stack up. Neither does the 2022 Triumph Trident 660. Both are better off for it.

At $8,395, there’s no thriftier machine in Triumph’s lineup. The Trident is powered by a familiar 660cc liquid-cooled, 12-valve, DOHC, inline three-cylinder tucked inside a simple tubular steel perimeter frame. Suspension is by Showa, and consists of a 41mm inverted fork up front and a preload-adjustable monoshock in the back. A pair of two-piston Nissin calipers grab twin 310mm discs. The Trident is as uncomplex as it is pretty—the only fancy thing is the paint.

Flourishes of fire engine red trace a bold line from the front fender through radiator shrouds to the tail. Dark, sparkling silver paint shows the curves of a classic tank. It’s all just enough. Something about this minimalist spec sheet tickles a very primitive itch.

So do the obscene strawberry-stuffed donuts at the Donut Man. The shop is an institution. Since the 1980s, the Donut Man has occupied an address in the heart of Glendora on a quiet stretch of old Route 66. Owner Jim Nakano thought to stuff a fresh donut with local strawberries soon thereafter. The result is intense—syrup-drenched, humongous, and impossible to eat without making a childish mess. The parking lot and the surrounding sidewalk are dotted with globs of strawberry flesh and goo. I sit astride the Trident and add my own drippings to the mess. There might be no better place on Earth to start a ride.

Happy in the Mountains

Thumb the starter on the Trident, wait a weirdly long time for the engine to turn over, and then throttle north, toward the foothills. You’ll filter your way toward Glendora Mountain Rd. Local riders call it GMR. Leave behind the pleasant downtown and a strip of stucco sprawl, and then the road will aim upward. In the foothills just outside of town—if it’s not closed up behind a thick steel gate—you’ll find GMR, which is as curvy and complex a road as anything you’ll find in the Alps. The next 10 miles deal out 63 turns in rapid succession without so much as a hint of an intersection. Sweeping turnouts look toward the flat silhouette of downtown Los Angeles, just 25 miles away as the crow flies. It might as well be hundreds.

The Triumph, despite its budget price point, couldn’t be better suited to a brisk ride on challenging mountain roads. It hums and buzzes happily, easily kept in a seemingly tach-wide sweet spot of power and torque. It’s not so much a sportbike as it is a sporty bike. A stepping stone on the way to any of the myriad available backroad brawlers, or a step back from the mass, challenge, and commitment of big touring machines.

The variety of corners on GMR is gobsmacking. There are little flicky wiggles, big sweepers, and off-camber catcher-outers. You can find the asphalt inky clean from recent repairs, and big spiderwebs of road bunched up by a winter of cold and rain. The Trident soaks it all up with not a lick of harshness. Picking it up from a hairpin, the bike feels sweet and light. Cresting a ridgeline over uneven wobbles, it feels composed and easy. On the Trident, it’s a delight to find a little speed and rhythm. You won’t miss the quickshifter—instead, you’ll find satisfaction in conducting the little symphony of blips with your right hand to smooth out gear changes. You’ll feel like you’re riding.

The Trident is engaging in a way only a few budget bikes have managed. Those that come to mind are the classics, with Honda’s NT650 Hawk and Suzuki’s SV650 leading the list. And while that unintimidating, eager character is key to encouraging new riders, so is curb appeal. On that front, the Trident is a knockout, something the Hawk and the SV never quite managed. The current class favorite, Yamaha’s excellent MT-07, is terrific to ride and fine to look at from 15 feet away. But next to the handsome and dialed Trident, the Yamaha’s techno-insect design and dangling bits of wiring loom make an otherwise solid competitor seem a little outclassed.

The Triumph Trident is nothing more than a desirable, competent, easygoing machine. That’s a rarity. To the inspired, the Trident is an inexpensive triple threat. It boasts fuel economy in the mid-50s and 10,000-mile service intervals. It’s easy to ride and uncomplicated to understand. A simple, happy playmate that looks terrific standing still or laying low into the sweepers of GMR. It could be a new rider’s first motorcycle just as easily as it could be your second bike—a cheery lightweight companion to something big, serious, and fast. It’s in this role that the Triumph really shines. It inspires you to ride.

A Fork in the Road

When you finally meet another road—and there’s just the one—it cleaves GMR in two. Turn east and you’ll keep climbing, tracing a thin strand of pavement over ridgelines all the way to the blanched rock of Mount Baldy. The fork to the north lunges across foothills, taking you well out of your way to the neighboring town of Azusa or to the start of SR 39, another favorite of backroad riders. Either results in a long, twisty, inevitable loop back to civilization and might surprise you with a gate closed due to a rockfall, mudslide, wildfire, or weather. Usually the gate opens again soon. Sometimes it doesn’t.

Turn off GMR onto Shoemaker Canyon Rd and you’ll soon come to one of those gates, a little parking area, and a pretty view out over the San Gabriel River. But past the closure, the road continues, broad and accessible, slowly returning to its natural state. In the 1950s, at the mercy of nuclear-fueled anxiety, engineers leveled a route through the canyon and blew massive tunnels through the rock, eager to create an escape route for fleeing residents of the San Gabriel Valley. By the 1960s, nuclear weapons were prolific and so was the population of the valley. Any thought of squeezing its residents through a highway in the mountains went out the door in favor of hiding in bathtubs and bomb shelters.

All these mountain roads have a tenuous grasp on existence. Even SR 39, which was one of the rare few roads to connect over the mountains, couldn’t justify the cost of maintenance after a mudslide in the late 1970s. Every few years, the government organizations responsible for its maintenance play hot potato with SR 39, each trying hard to pawn it off on the budget of another, and threatening to shorten the road even further.

These roads are like our machines. Outdated, anachronistic things. They exist only for a rare few of us in an era of Priuses, interstates, and five-star safety ratings. And like our machines, they’ll inspire you if you let them. Even if it’s just to make a round-trip ride to a donut shop.

+ fit and finish at the top of its class, easy and approachable ergonomics, a sporty standard for anyone

– urgently needs a louder pipe to let that triple sing, how about a spec’d up RR? 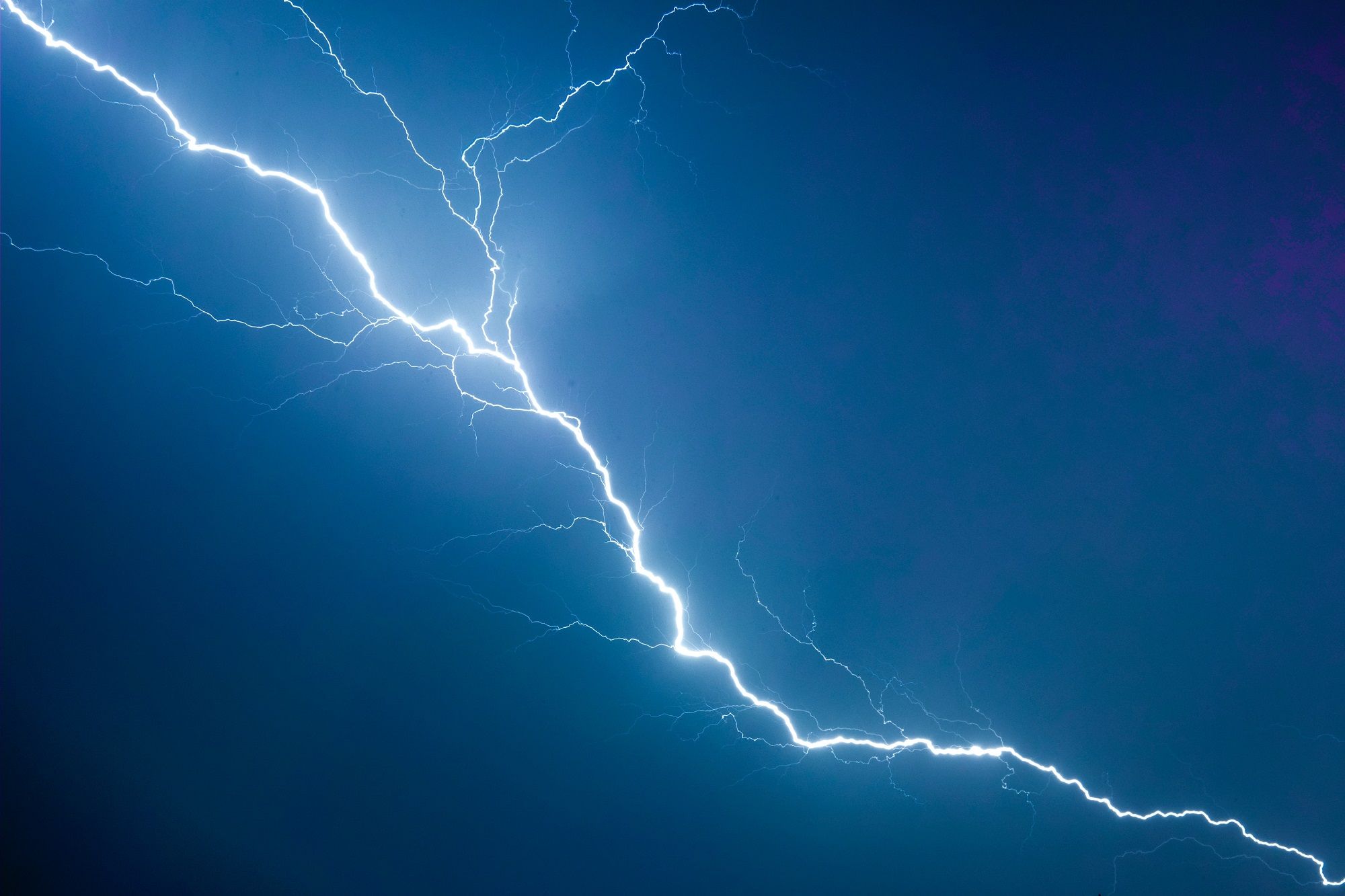